Amazon recipe for a low-cost Alexa for the Raspberry Pi 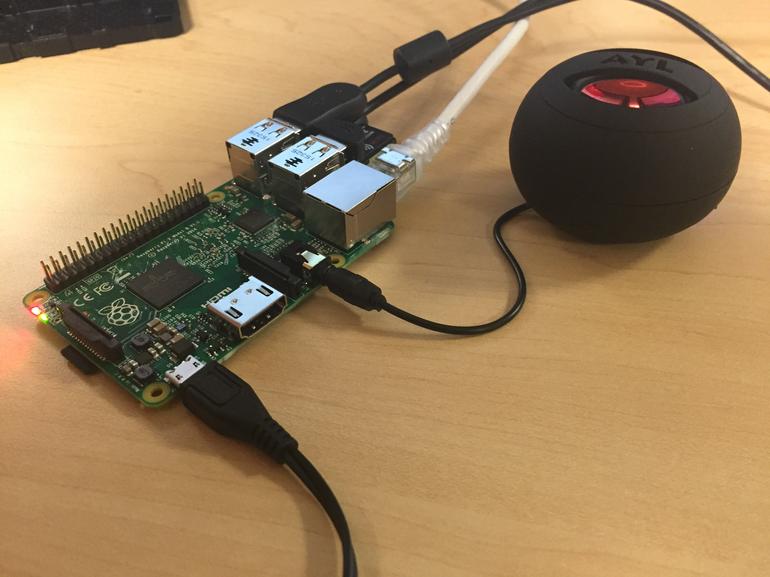 Amazon has released a step-by-step guide on how to turn the $35 Raspberry Pi into a voice-controlled assistant.

The instructions demonstrate how to set up the single board computer to use Amazon’s Alexa Voice Service to create a low-cost alternative to the Echo, Amazon’s $180 smart speaker.

Like other online assistants, Amazon’s Alexa responds to voice commands and can set reminders, play music and answer simple questions.

While it was previously possible to use Alexa Voice Service with a Raspberry Pi, by releasing the guide, Amazon has made it simpler for users to gain access to the service.

Alexa is similar to other voice activated companions, although Amazon’s efforts are less prominent than the likes of Apple Siri, Microsoft Cortana or Google Now.

The service is used by the Echo, which is not officially available outside the United States, as well as by free apps on iOS and Android devices, again only available in the US.

However, now, thanks to an extensive post on GitHub by Amazon, all the code required to build a Raspberry Pi version of Alexa is available online.

To build the voice-powered assistant, the guide recommends a second generation Raspberry Pi, a USB mini microphone, an Ethernet cable and a MicroSD memory card, all of which can be acquired for a lower cost than an Echo. Amazon is still looking to make money from these ‘home-made’ devices, however, with the walkthrough linking to these items on its online store.