Remembering the Pearl Harbor attack and the 2403 killed

We remember December 7th, 1941 to honor those who perished and as a reminder of what lead up to Japan’s 1920’s ambition to dominate the Pacific Basin believing it was their manifest destiny (see series Pearl Harbor – Then and Now on the Defense Media Network). 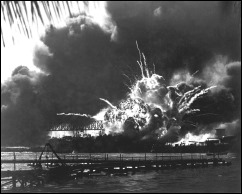 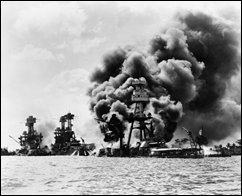 The unprovoked surprise attack on Hawaii in the early Sunday morning, crippled the US Navy’s battleship fleet and prevented the United States from quickly responding or intervening against Japanese occupation in the Pacific. The attack remains the most decisive air strike against the US, but failed in strategic long term military planning by "waking the sleeping giant" and uniting the American people against Japan. 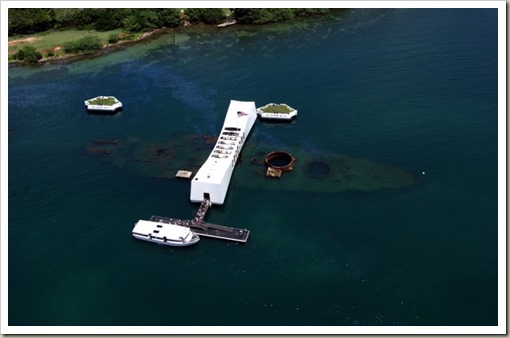 Seven decades and a Cold War away, Pearl Harbor likely seems little more than a movie event to young people whose parents were not even born when the Japanese attacked. However, the multiple terrorist attacks of Sept. 11, 2001, are a reminder of the real legacy of the attack on Hawaii, and what was the end of a six-decade hiatus of significant attacks on American soil. Today the nation lives in a time of new dangers and threats, and unlike 1941, the metrics are more difficult to understand and quantify. For many Americans, the surprise attack on Pearl Harbor may seem to offer few connections for today. First and foremost, the attack on Pearl Harbor was an attack by military forces against military forces, while the Sept. 11 victims of terrorist attacks were overwhelmingly civilian. In many ways, however, Dec. 7, 1941, and Sept. 11, 2001, share a mutual place in American history, along with common causes.