How prepared are we for the next economic downturn?

After Monday’s selloff (see below), what lies ahead for the U.S. economy? That thought has some of seriously thinking the next economic downturn could come sooner rather than as expected … later. 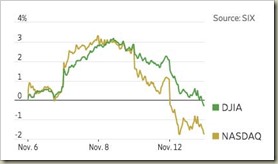 The sell off … "again" … has me wondering if we are prepared for the next recession? Is the U.S., or the world, is ready for downturn?

Usually central banks try to soften a recession by lowering interest rates, increasing money supply, controlling  reserves and the buying/selling of government bonds here and abroad in order to stimulate the economy. But our Federal Reserve is barely back to normal levels after a prolonged period of stimulating the economy with their monetary policies.

Besides banking, there is also fiscal policy where governments attempt to juice the economy by investing/spending or returning taxes to consumers, so they can cut taxes and deficit spend in order to stimulate the economy (sarcastically, "that’s the norm").

"Recessions occur where there is too little spending to keep an economy’s
resources from falling idle." – Ryan Avent of The Economist

Obviously there are repercussions from both monetary and fiscal policies since at some point good economies needs to be able to stand on their own, at least between recessions. The Federal Reserve in the U.S. still has not fully recovered from the last recession and we all know our elected representatives can’t even agree on a balanced budget year to year, let alone manage the taxes they do collect wisely. It is difficult to be optimistic having just watched our nation’s debt double in the last decade; it is now $21.7 Trillion – that is mindboggling. 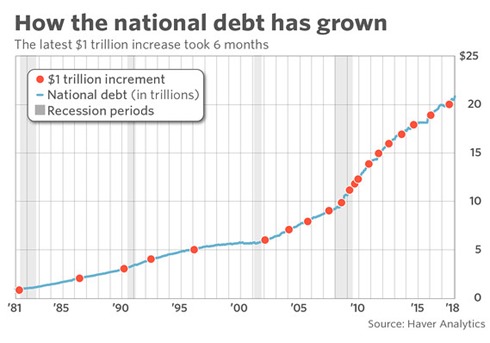 Monday’s selling began in the technology sector, then morphed into a broad rout that dragged lower everything from oil conglomerates to manufacturers to entertainment firms. It was the latest setback for the stock market, which has struggled to break out to new highs since the S&P 500 capped off its worst month in more than seven years.