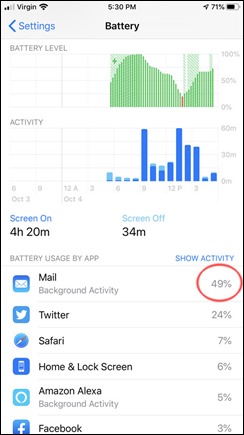 having loads older apps? That said, the upgrade to the mobile operating system known as iOS 13.1.2 (current) did not go smoothly for me. My iPhone 7plus is a few years old now as the iPhone 11 arrives on the scene in the fall of 2019, and my iPad Air getting the new iPad version (new separate release) is even older. Both have been running nearly flawlessly and I foolishly decided to update … after knowing never to jump on the “latest and greatest”  bandwagon if everything is running well with a previous version. When will I learn?

So, in order to fix the problem, I’ve been on Twitter with DMs (Direct Messages) with AppleSupport regarding my issues. First, and most important to me, is the loss of battery life. Prior to updating, I could comfortably go a full day on my relatively new battery. One of the screenshots clearly shows the Mail app using WAY more battery than at anytime in the past. The techs suggested I give it 24 hours to “index” … then see if it was still happening. I gave it 48 hours and it improved … but then out of the blue it happened again? Zap … late in the afternoon my phone got very hot in my pocket and once I again noticed that the Mail app was using over half the battery again? Who knows why.

Currently, everything seems fine and the Mail app is down to using only 7% … but I also tweaked the PUSH settings to 1 hour rather than the 30 minute I usually keep it at – I’ll be moving back to 30 now that it is working again … as long as I have a charger and cord with me! 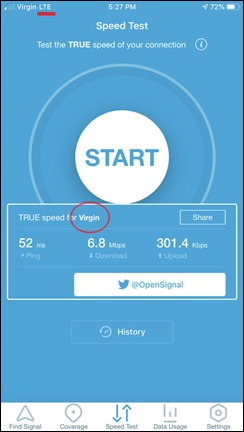 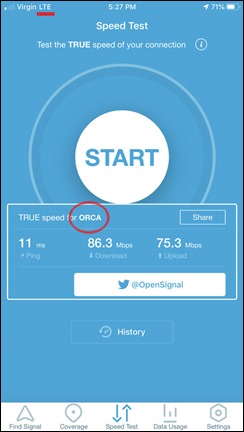 Issue two was that the LTE or WiFi indicator would not switch when connecting to a broadband connection instead of wireless. That is not really a big deal, but it is not suppose to happen.  I again took a couple screenshot to illustrate 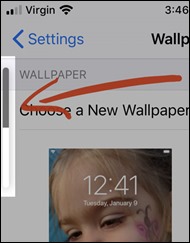 the problem, yet no matter if I was connected to WiFi or not, the indicator (underlined above) indicates that the iPhone is still on LTE (in my case VirginMobile). The suggestion was to remove a few of the legacy utility apps that have not been updated for a while … the culprit might have been Fing or it all might just be tied to the indexing after the new iOS install? In any case, my advices is to stick with your older iOS until you have a lot of time to tinker with your phone or mobile device.

Now that things seem to have settled down a bit, I’m ok with the new features and redesign … although can’t say that any of the tweaks make it all that much easier to use? So far, my favorite “simple feature has been the volume slider that takes up very little screen and just shows a bar next to the volume buttons on your iPhone.