Are you a Luddite or are you prepared for automation and AI?

We often use the term “Luddite” whenever we refer to people resisting new technology or mechanization. Recently a Wall Street Journal article detailed a timeline of changes as much of the world is faced with yet another wave of robotic automation and artificial intelligence (AI) changing career and taking over many of the jobs we humans spend our days doing.

A Consolidated Printing and Publishing Company Christmas card from 1995

It is obvious computer technology has already replaced a lot of jobs … including in my business and in my lifetime. It was happening when I started work when the personal computer began doing more of the graphic art work and pre-press printing prep that once took several skilled tradesman to do. From replacing paste-up, galley oriented type and the newer phototypesetting to digitizing the entire flat. Before the computer, there were graphic art rooms, darkrooms, stripping tables and plateburning and large processing areas within a printing company … half it not more of the work happened before a job could be taken to the pressroom. 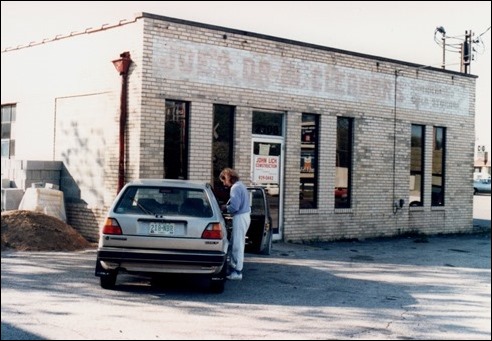 Our “new” building for Consolidated Printing and Publishing Co in 1987

When I first started Consolidated Printing and Publishing Co, a little bit be could be done on the computer in the form of early on “desktop publishing,” but really it was still pretty rudimentary. 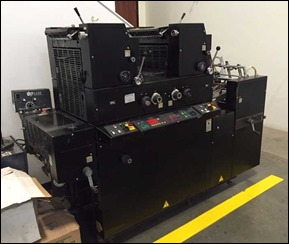 Our shop had graphic artists (Angie, Bob and Sue) and still pasted up the copy and prepped artboards for the darkroom and the “process camera.” Generally one of the prepress workers (Rich, Tony, Craig, John) would shoot, process the large negative film and strip it onto a “flat” in order to burn offset printing plates before anything could be mounted to the offset press. It was an expensive and time consuming process … requiring several skilled artists and experienced tradespeople. Eventually computers became more graphics oriented and powerful and software like Adobe Pagemaker and RIPs could output full sheets of material for plating. As the years ticked by, to stay competitive, bigger investments were required and new skills replaced much of what the traditional printing tradesman could do. A single computer digital graphic artist could creates files and send data “direct to press.”

Now even they are being eliminated since consumers can do much of the work with templates right on a webpage and send the file to “printers” instead of printing presses – at least for many of the items most commercial printers built their businesses on.

Nowadays, nearly everything is digital and online .. very little really require paper. In other words, technology has phased out not only the skilled positions that full departments in printing companies were build around, but the need for ink to be put on paper at all (I imagine those learning to set lead type galleys and run letterpress equipment felt the same way about offset printing?)

This same trend is happening in every industry .. some are just impacted later in the cycle due to technology .. but with advanced robotics and “thinking” (AI) systems .. decision can be made faster and better than by humans. We are faced once again with the loss of 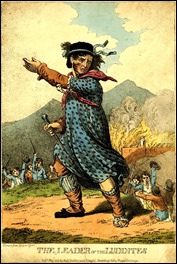 entire career paths and jobs as technology is added in order to do the job better, faster and cheaper than humans.

This has happened over and over for centuries. From the silk-twisting mills and Gutenberg printing presses of the 14-1500s, to the steam powered sawmills and railroads starting in the mid-1700s. Then there was the Luddite movement in 1811 where “lace and hosiery” trade workers in Britain followed the lead of an apprentice named Ned Ludham who used a hammer to destroy innovative machines that threatened their employment.

In the end, innovation and automation can be slowed but not stopped. Over the next decade or two, automation will continue to replace manufacturing jobs just as it has been doing for years. What is a bit new is that AI will so be replacing highly skilled, college educated, white collar jobs too. Decisions will be better made by algorithms and tireless computer bots the can process data and make decision far better than humans. We’re already seeing this is medical radiology when AI scan images for cancer or whatever doctors might need to know. We need to be thinking ahead as a country and as individuals.

What is it in our own fields that we can do to embrace and use this advancement  to better compete and how can our education system prepare the next generation for the need we will have – as one technology disappears, another takes its place and at least at this point requires stilled technicians, programmers and operators.

So are you a Luddite or ready to accept change and prepare for a new job or career?