When chatting about our recent vacation to Florida with a long time customer (friend) in Akron, Ohio, he asked why we picked Delray Beach, Florida

as an area to buy a condo (I detected he is beginning to think about retiring). Although I realized that I really haven’t given much thought to how we ended up with a place in Delray Beach, in our case, it all boiled down to family circumstances. Perhaps my personal philosophy … “doors open, doors close, so be ready” … was at work; it did get me thinking about the many twists and turns in life and what likely influenced our path to where we are today (FYI: The answer on the phone was NOT the verbose narrative below. Instead, think of this as “autobiographical memoir notetaking,”  so only click the “more” tag if you have more time than good sense. You’ve been warned). 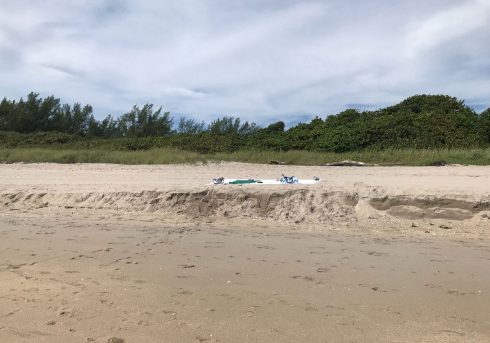 Nearly every night during grade school, my brother and I would lay in our twin beds and talk before going to sleep. We would share stories about our imaginary “Kamback and Joe” families

(we had kids and pets but never wives) and contemplated what we would be doing when we were older. There were always boats and everything happened around water. Due in part to winter, we made up two locations so our imaginary families would live where it was “forever summer” (somehow we picked Michigan and Florida – we lived in Ohio so I guess even then the “grass was always greener” somewhere else)? Looking back though, life was good growing up on Lake Erie … I wouldn’t change a thing. 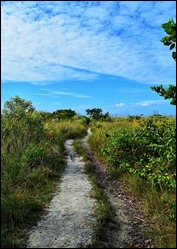 The dream of “forever summer” never really died for me as I continued to romanticize sailing and living in the paradise perceived tropics through most of high school and college. My friend Charlie and I regularly sailed the Fiberpile on small local Ohio lakes, but I made a few longer trips by trailer to Lake Erie. By my Junior year of college, I took a step forward and applied to teach a year in American Samoa where a husband and wife couple from my high school were an administrator and teacher. During these 5-6 years, I planned budget trips with my friends to Florida every winter and after graduation. We explored the Florida east coast, Keys, Everglades, west coast,  the panhandle and fished and monkeyed around Orlando/Winter Park (my buddy Jeff lived there). Each had a different attractiveness, but I always returned to the sparsely developed area of Marco Island (cough, cough) … where we had to use plywood sheets one in front of the other to drive over the soft sand trails in order to get to a completely empty Tigertail beach (the term “sparsely developed”  when talking Marco Island now is a joke).

As hinted, “doors open, doors close” … because I instead I met Brenda my senior year of college. We got engaged the following year and the “life plan” all required re-thinking. Thankfully I was offered a teaching stipend to fill in for a professor taking a year sabbatical and the free tuition at Miami University sounded pretty good too …even though it was 5 hours from where Brenda started her first job.

Time to grow up Rich!

After Brenda and I were married in 1982, it was time to be an adult. Still, we both resisted acting too mature and the sailing dream was rekindled. I didn’t have a continuing teaching contract and filled evening after teaching selling fences, hardware and appliances for Sears. In the summer, being that we lived in Aurora, Ohio, there was an “attractive to me” employer: Sea World (yes, they were in Ohio in the 1980s). It was hardly sailing or the tropical life of my daydreams, but the exposure to marine life when no one was there was pretty unique; it was a special time for me as it is hard to not appreciate dolphins, beluga whales, orcas, penguins, etc when you’re the only one sitting next to the tanks watching them watching you. I can still see their eyes looking at me when we were face to face. 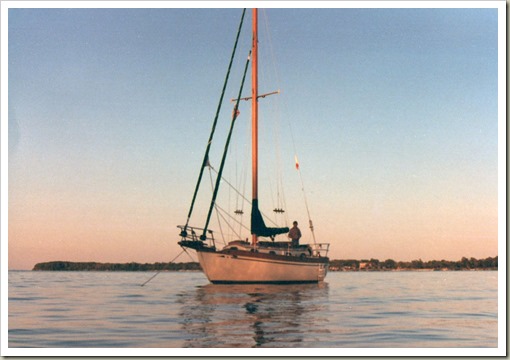 Brenich and then the big step – parenting

The nagging dream of living on a sailboat continued … and shortly after we bought our first boat and named her Brenich (above). We had the distant dream of living on her and working somewhere in the south … like Florida (Travis McGee-like). Brenda took her Florida Pharmacy boards (see My Challenger Story) and I continued to entertain openings with either Harcourt Brace Jovanovich (Sea World owner at the time) or Knight Ridder Newspapers (was my employer at the time). The beautiful rock solid seaworthy Baba 30 became our baby and consumed all of our free time (and finances) until baby Katelyn arrived in 1986. The boat took second seat (as it should) and after a few trips to the boat with a baby in tow, decided it was time to let Brenich sail free.  We did and “she” took her new owners, the Lecks of Duluth Minnesota, south. They left the day the papers were signed. The early-retired newlyweds left heading through the Erie Canal and sailed to the Caribbean on a 2-year adventure … sending me update letters along the way (she died of cancer on their return – Brenda and I suspected they knew).

I continued to “secretly” look for ways move south (still thinking the “grass was greener”) … and semi-accepted a purchasing position with Knight Ridder at the Miami Herald as they were closing the central purchasing company where I worked in Akron. After seriously contemplating the move, we instead decided that taking a severance package and starting a business locally was a little less risky now that we had a family. So … the permanent move south never happened even though I continued to dream about sailing south.

Shortly after that decision, we bought a bigger house in Hudson, Ohio, I bought a building in need of serious renovation, remodeled it and started Consolidated Printing and Publishing in Ohio … hence the question from one of my early customers. 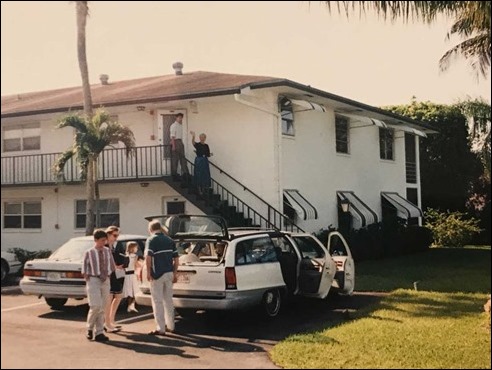 The year after we were married, Brenda and I vacationed with her mom and dad in West Palm Beach – where Brenda took the New York school’s two week spring break with her family. West Palm happened to be where Brenda’s grandmother’s sister lived in a mobile home park, so the Howard family (including Granny Howard) would take time off and stay at several different cottages and motels over the years nearby – the most memorable for me was a Holiday Inn the years after we were married just over the Singer Island bridge (will scan photos someday). We were young, penny-pinching and this kind of budget vacation fit the bill for us – we even drove our young nephew (David) back and forth with us. 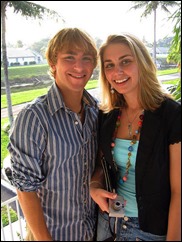 A lot has changed since the early 1980s.

As the years ticked by and we had our own children our schedule busied and we took our own family vacation when we could getaway. Eventually, Mom and DadH made the most of their spring trips and visited other friends, including a very close one who owned a retirement condo in Delray Beach. MomH raved about it on her return and comment that even DadH liked it because the clubhouse had a “men workshop” with shared tools (sadly it no longer exists). I can remember Brenda sticking the phone in her dad’s hand after he mentioned a nice upstairs end unit was for sale. Under pressure … he called and closed a deal to buy #1718 in 1994. From that point on, they spent longer stretches in Florida each year … except for the year their son and his dental practice partner that was supposed to take over the business passed away. After that, vacations became even more important to our family and each member of the family would pick a week or so each winter and spring to visit. This continued for years even when they decided a lower unit without stairs would be easier and even the kids would come down with their friends from college to visit them. Rather than selling the upstairs condo, they instead gifted it (and the downstairs condo with the condition they could remain in it) equally to 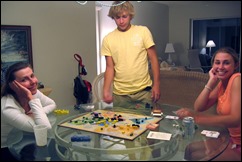 their three daughters since the business and dental practice went to their son and his family.

Brenda’s sister Chris and I co-managed the condo’s. She handled the finances and I handled the renters and maintenance. After Brenda’s dad and mom passed away, we decided that having two condo’s (and the out-of-pocket cost) was not logical since none of the three were looking to retire or could justify staying in Florida for more than a week each year. So, we sold #1017 and continued to maintain #1718. We continued to rent it throughout the winter and spring (desirable time to vacation) in order to offset some of the property taxes, utilities, 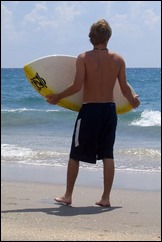 HOA fees and special assessments (part and parcel to aging condos). Eventually, the task of managing 1/3 of “a generous gift” (that we didn’t use was noticeably costing us significant money each year) created a little tension, especially since I was the one handling most things (Chris did a lot too).

We opted for number 3 and put together a list of comparables (I had just sold #1017 so had a decent list). We gave Chris and her husband (the closest to retirement) the first option, Ann and her husband (Gary is 2nd closest) the second option and Brenda the final. Personally I was just happy to have a way of not having to take care of it … figuring one of the two would surely want it. When it came right down to making the decision, back in our lap it fell … but I had a plan. Fix and Flip.

All was going well, as I figure I could do the kitchen tear out with a “demo week” (can’t be done in a day), then maybe put a new kitchen in with a week and a couple long weekends. Really it went well, but was far more work than anticipated. Eventually, Brenda got involved and start to upgrade things. A better stove and oven, commercial sink, better stainless dishwasher, fancy artisan bowl and vanity in the guest bath, a unique mirror and the most expensive shower door they make! Ugh.  Before long, we were over budget and doing far more than I had planned. 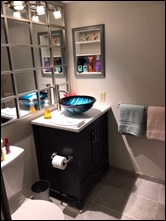 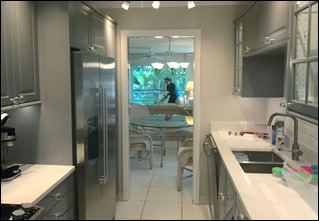 We got to a point that it wasn’t ready to put on the market so we rented and kept it another year … with a longer to-do and update list. Even I started to fall prey to a nicer this and “we’d enjoy nicer this and thats.” By the end of this year, we’ve completely blown the budget with upgrades to the master bathroom and those things that “just needed to be done” like the upholstery – hm, what about new windows? 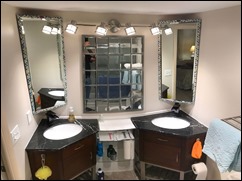 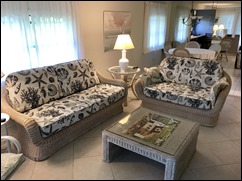 Now we are already to a point that I may have upgraded ourselves out of the market (spent too much) although I think I can still recover the financial investment, just not the trips and sweat equity part. Besides, we’re getting older and I think Brenda enjoys Delray Beach for her own rest and relaxation as well as sentimental reasons … especially now that it is a pretty comfortable place to stay (and after her fall and shoulder replacement, I’m beginning to re-think the sailing/cruising life in my retirement plan – bite your tongue Richard!) 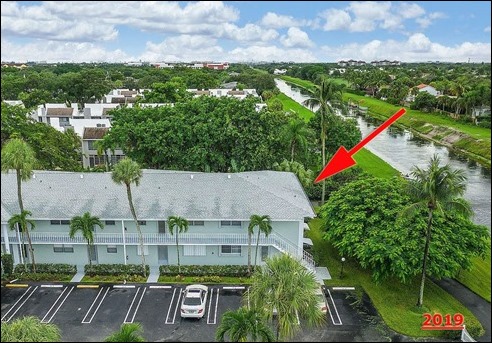 … and that my friends, is how we ended up in Delray Beach, Florida.