We had so much fun at Katelyn and Drew‘s on Saturday for the “gender reveal” of an addition to our family – A BABY GIRL and sister for Annalyn. They hosted a brunch in their newly remodeled kitchen and great room (first time for brothers and sister-in-laws to see it). 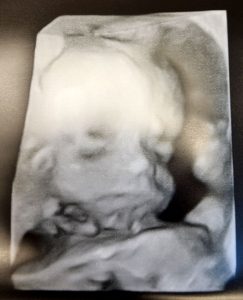 Katelyn has become quite the adventurous hostess in trying a few new foods, thanks to the Internet. From the minimal leftovers, the food was a hit (thanks #1 daughter)!

For his part, Drew dusted off his quadrotor/drone again … and rigged up a switch so Annalyn could release the new baby’s revealed gender — pink confetti  — while at the same time Drew opened the hood on his new Tesla Model 3 and released balloons (video below break – thanks Taylor). I haven’t even looked at my photos, but have enjoyed the ones Drew, Katelyn and brother Tyler (Jodi) emailed to me as well (some below).

Brenda and I so thankful to have Barb and Randy Oostra and their family to celebrate special occasions together. No doubt we would have enjoyed Katelyn, Drew and Annalyn closer to us, I am thankful they are no longer 11 hours away in Wayzata, MN and have landed in Toledo where they have family … and ones so willing to help them — particularly Barb with Annalyn (and soon a new baby girl)! 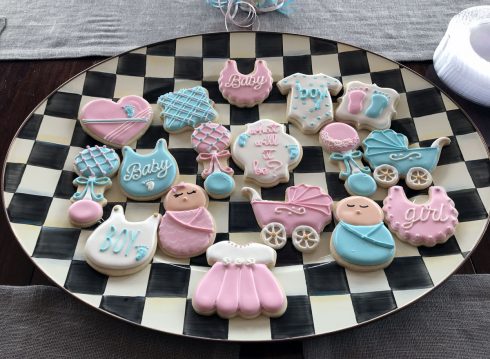 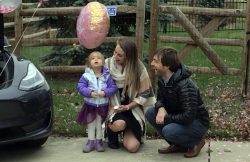 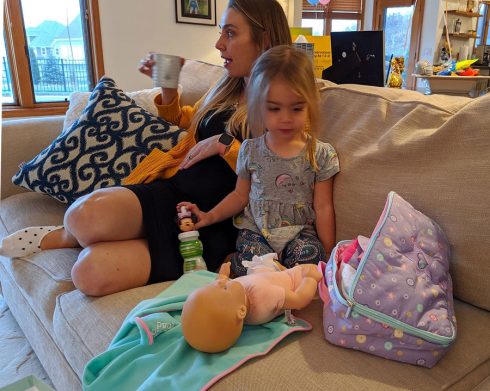 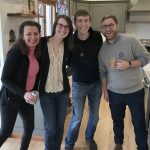 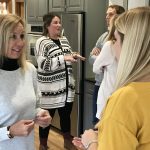 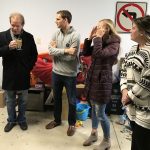 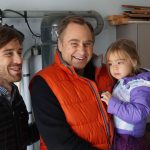 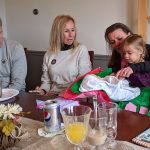 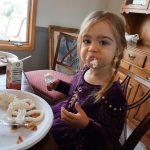 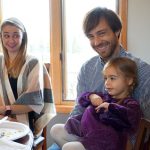 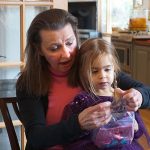 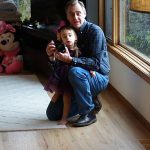 Side note: Katelyn just had a 6-month ultrasound last week — the imaging nowadays is incredible (photo). I should probably add this photo to my recent post on “technology changing views” because it adds a “face” to the decisions way too many people casually (and not so casually) make when considering abortion.