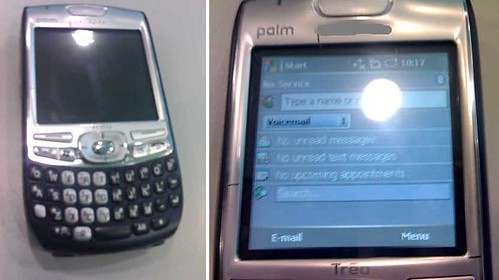 I’ve been following the rumor sites in regard to the new Palm Treo … the antenna-less model. Besides the missing ‘stub,’ the new version looks to be a bit more streamlined and places the SD slot on the right side leaving only the ringer/vibrate switch on the top. In the US, it has been commented that Cingular will get the nod. Here are a few of the better photos from a Spanish forum called PDAExpertos put into composite form. As for timing, September 12 will be the introduction fo the 750w in the UK according to Reuters and it will be followed by the 750p release in the US a month later.

The new Treo release should be offered in Europe as well … with Vodaphone. The new model will be thumbboarded similar to the existing Palm Treo 700 currently by Sprint and Verizon in the US, but having that desireable smaller form factor. 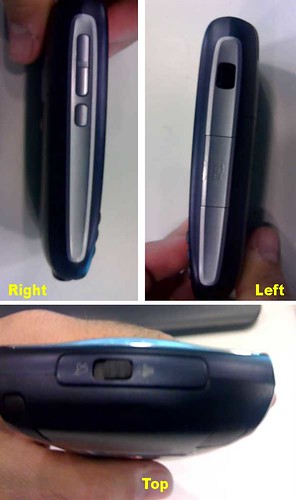 It has also been rumored to be giving up a few prized features such as the improve 1.3 meg camera on the 700p for a lesser quality 0.3 megapixel similar to the Palm Treo 650 — although I’ve also read that the Palm OS could get the 1.3 meg chip? Battery size will also be something to check. (Palm has been very quiet on releasing any specifics until the slated official September 12th press event)
A few more specifics were quoted at EverythingTreo:
Treo 750p Specs
* GSM based
* 64mb memory
* 0.3 megapixel camera
* Palm OS Garnet v 5.4.9

For information from the UK and around Europe, Andrew’s comments on the Treonaut blog always comes through with a quick and easy read as well as reviews and recommendations on Treo accessories.