Hmm, did the content I post to the blog get less interesting or are Internet users getting their fill of personal blogs? Maybe there is just too much content available? 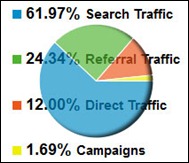 After years of increasing blog readership, at least in pageviews, 2012 was the first year My Desultory Blog saw a decline in the numbers across the board.

Now to be fair, I don’t post daily with the intent to attract readers (never did), and instead post as a personal journal … usually something that has interested me at a particular time and place. Still, there is a degree of egotism when seeing traffic numbers rise, a smirk at the deposits from Google Adsense and shock at graphical spikes when reposts appear on busy sites. (I’m floored at what a Reddit mention can do for one day). 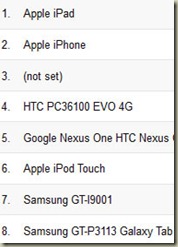 The biggest change in 2012 is probably the device that readers use to access MyDesultoryBlog. As might be expected, even with decreased visits, mobile device use (including tablets) increased by 7.57% in 2012 over 2011 – although this is still only about 5% of overall access to the site. Mobile devices users also now visit twice as many pages than 2011 – up 14.68%. The biggest change was in how long mobile devices stayed on content – that was up 78.35%.

Top three posts by number of visits in 2012:

All in all it is interesting to analyze the numbers, although I’m not sure what if anything I will do different in 2013 … perhaps a better mobile accessible site?