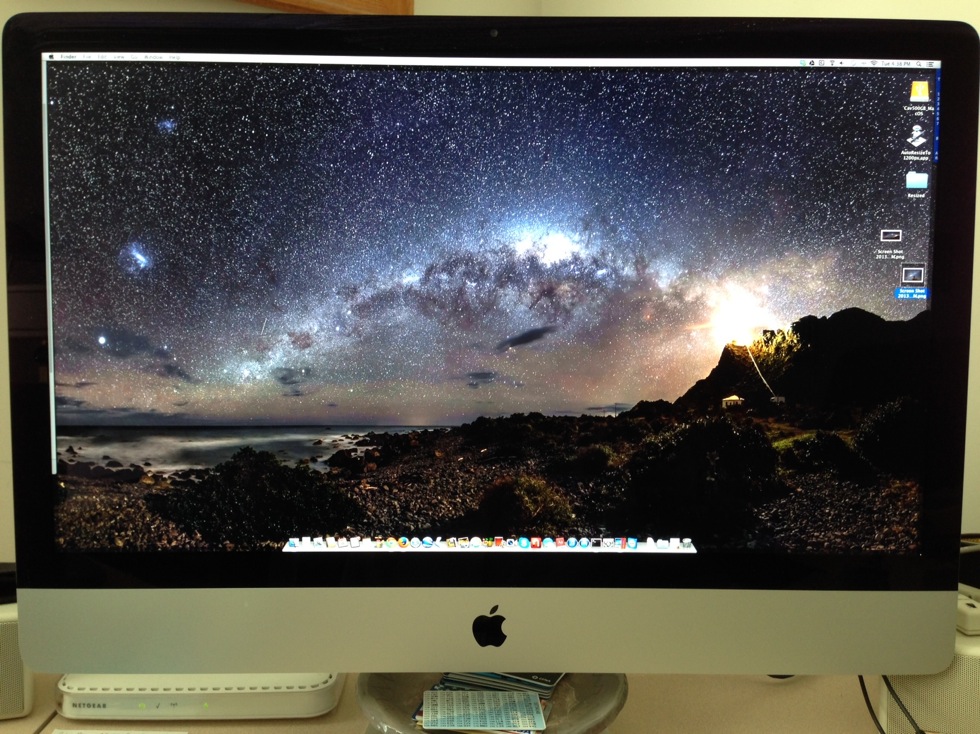 The U.K.’s Royal Observatory Greenwich and National Maritime Museum awarded Mark Gee’s photos showing the Milky Way galaxy as it lights the sky at Cape Palliser, New Zealand lighthouse this year. The photo (click for VERY large) was made by stitching together 20 individual images to create this panoramic photo which as the Space.com article puts it “are jaw-dropping” …  it now wallpapers my iMac display (above).

The Australian space photographer beat out more than 1,200 other entrants in this year’s Astronomy Photographer of the Year contest and the rest of Mark Gee’s Flickr collection  are equally impressive. 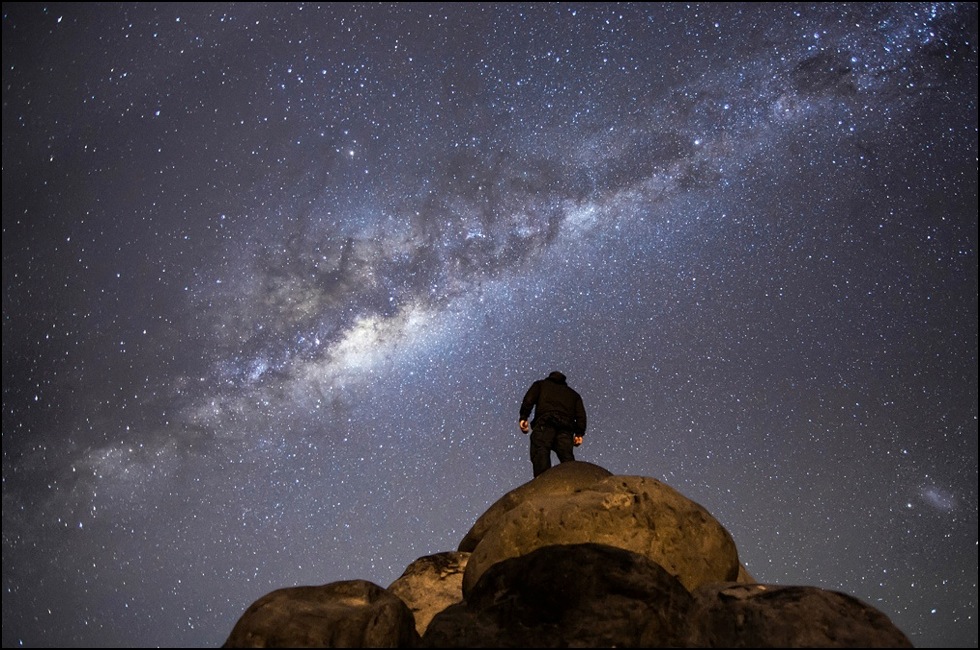 “I love the tranquil combination of sea and sky in this beautiful image, along with the comforting human element of the cliff-top lighthouse,” stated Marek Kukula, a competition judge as well as the Royal Observatory’s public astronomer. “This view from the shores of New Zealand makes me think of the long voyages the Maori’s ancestors made into unchartered oceans, guided by the stars. We’re in a similar situation today, as we set out to explore the universe.”