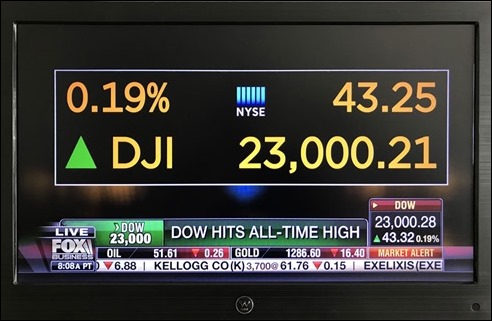 It’s just a number, but one that is reminiscent of the Greenspan “irrational exuberance” days back in the late 1990s during the dot-com bubble … but the business news media types cheered the mid-day number (yet to see where the market will close).

One has to chuckle at as to just how wrong a Nobel Prize “expert” economist Paul Krugman (New York Times Columnist) after the election of Donald Trump can be:

“So we are very probably looking at a global recession, with no end in sight.” 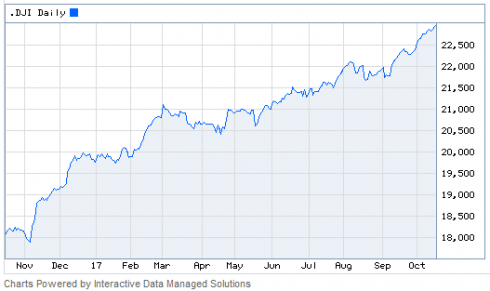