My son Taylor has been putting off replacing the rear window seal on his 2008 BMW 528i for too long but before the snow starts again decided to come over after work to put it in. It was surprising that this task was easier than expected, considering just how much I dislike fiddling around with squeezing in rubber gaskets. Thankfully the internet tip of using a little silicone spray was hinted at as it made the entire installation go so much easier than any other window seal I’ve ever tackled. 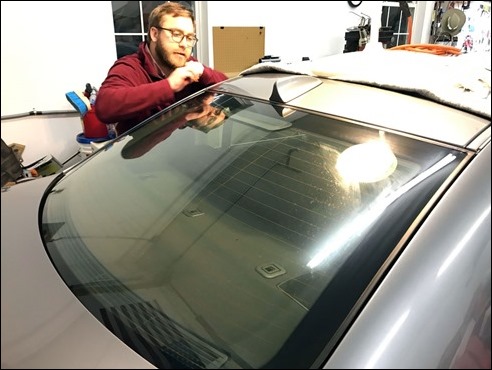 We tried to figure out why his 6-cylinder engine is hunting for idle when cold and the easy suggestion was to either replace or clean the Variable Timing Solenoids … even though I suspect it is something else? We pulled both and cleaned them up (they looked clean and without any gunk — well lubricated) and installed them again.

Taylor will have to see how the car starts when it is cold tomorrow … but also said it has been starting harder than usual. He now has 180,000 miles on the car and likely is due for a Ignition Coil Kit. He really needs to put in on a computer to diagnose.

All in all, it was a great night in the garage with my son … and trip to Skyline Chili when done.

Also … archiving a photo from him with his girlfriend Megan last weekend in Columbus — Wildlights at the Columbus Zoo! 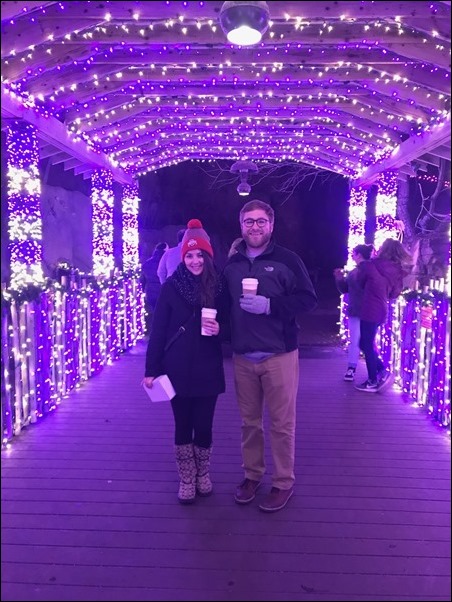