What would summer be without Jimmy Buffett music and cheeseburgers? 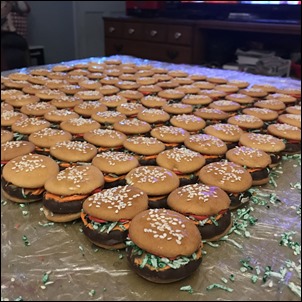 How about remembering summer fun with Jimmy Buffett‘s Cheeseburger in Paradise song from back in 1978 with a relatively new personal connection twist? Besides me being a nearly life long listener, this past year or so I have another connection to Buffett as mentioned before. Taylor‘s girlfriend Megan, grew up in a Parrothead (sort of) home as her dad Dave (teacher/football coach), worked security for years during the popular Cincinnati Riverbend concerts, as well as other venue (he has great stories). Megan often was able to hang around with the crew during rehersals and set-up and often sat right up front for years … yes, really too young to be at a relatively adult themed concert. One early concert story was when Jimmy Buffett was enticing the crowd to sing the chorus in with one of his “adult-themed” songs, he came down and covered up Megan’s ears. Over the years, Jimmy Buffett and the band saw her as a Cincinnati-regular and watch her grow up a little each year — and of course as often happens, the children of Jimmy Buffett fans become adult Parrothead themselves. For the Son of a Son of a Sailor 2019 tour (July 18th), Megan and her mom made a cheeseburger-looking cookies (photo) for the band and crew — hence today’s “Cheeseburger in Paradise” Music Monday song (played live first time the year I graduated high school!)

The Buffett-Ohio connection goes way back and was always seen as a moment of escapism, be it for one night at a concert … 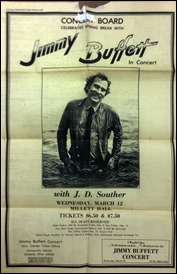 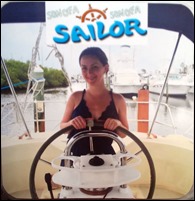 to music on a less than desirable winter day, at least for me. Even as a frugal guy in the 1970-80s, who didn’t “waste” money on albums or concerts (made cassette tapes), I looked forward to the yearly October release of JB’s new album and songs. My first Buffett concert was his Volcano Tour at Miami University (Oxford, Ohio) in March 1980 w J.D. Souther. I still have the clipping. As I’m staying more often these days, “great memories.” 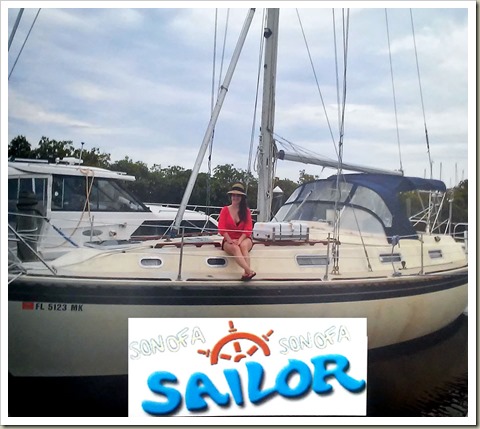