A little Computer Mouse history … and then some #TBT 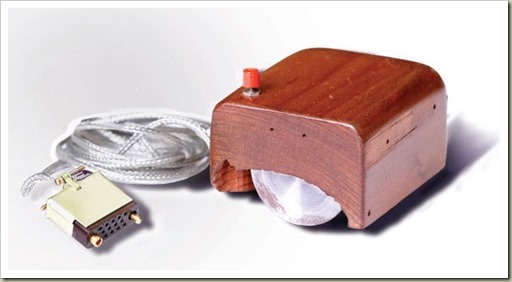 Hello World! It is frightening to think that I’ve been using computers for

FORTY years and have used and have seen the slow evolution in input devices clustered around a device called the Computer Mouse. So for ThrowBack Thursday #TBT this week, the above is a photo of the original “mouse” in 1964 by Douglas Engelbart. Although the “Ball Mouse” (left) took another four years to appear. It was called the Rolkugel RKS 100-86 and incorporated a “ball.”

BUT … the first usable modern ball-mouse didn’t appear until 1972, 8-years after the first wooden shelled pointing device. It was developed by Bill English in 1972 for Xerox Parc (Palo Alto Research Centre) and was used on the first graphical interfaced computer, the Xerox Alto.

The Alto is contained in a relatively small cabinet and uses a custom central processing unit (CPU) built from multiple SSI and MSI integrated circuits. 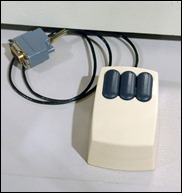 Each machine cost tens of thousands of dollars despite its status as a personal computer. Only small numbers were built initially, but by the late 1970s, about 1,000 were in use at various Xerox laboratories, and about another 500 in several universities. Total production was about 2,000 systems.

The Alto became well known in Silicon Valley and its GUI was increasingly seen as the future of computing. In 1979, Steve Jobs arranged a visit to Xerox PARC, in which Apple Computer personnel would receive a demonstration of the technology from Xerox in exchange for Xerox being able to purchase stock options in Apple. After two visits to see the Alto, Apple engineers used the concepts to introduce the Apple Lisa and Macintosh systems.

For me, the first production Apple “Ball Mouse” came after leaving the keyboard-only world of mainframe input terminals in college computer labs at Ohio Northern University (Dept of Engineering) … and at Miami University in Oxford, Ohio 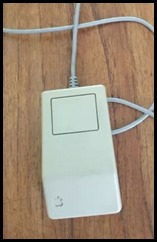 (Memory: one of the perks was that I taught the classes and used an office from a professor on sabbatical; he let me to use his Tandy TRS-80 Micro Computer. Not all graduate teaching assistants independently taught 3 classes and had their own windowed office with computer!

In the early 1980s I started computing on my own with a “very portable” keyboard-only computer known as a Compaq (Compaq Computer). Shortly after I bought my first Apple computer that came with a graphical interface and a mouse – a MacSE and I never looked back (way too many Apple computers over the years!).

I’ve been through a variety of mice, even switching to an Apple clone by Power Computing Corporation for a few years for price and a two-button mouse (I begged Apple for more than one button) and eventually settled on my current aging iMac set-up (8 years old) and the current Apple Magic Mouse. 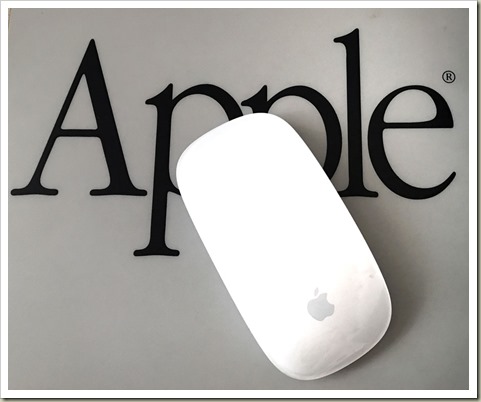