How does a “relatively open minded” politically moderate to conservative American see the impeachment of President Trump?

I pay relatively close attention to the news … and politics since it is a big part of our news nowadays … AND with three years of quarrelling and intense dislike for President Donald Trump by his political adversaries behind us, it is no surprise that we would end up with charges “only the Democrats in Congress” believe rises 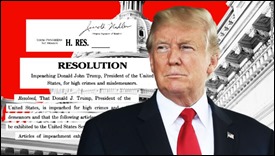 to the “high crimes and misdemeanors” bar required to impeachment a sitting president.  So this is how I see it … and likely the way most Republicans and likely how most open-minded Americans see it.

For many of us who questioned the use of FISA wiretap warrants (Foreign Intelligence Surveillance Act of 1978) being abused by politically connected people in our intelligence departments, something was afoul. This was started from nearly day one of the 2016 election campaign by those connected to the Clinton campaign through the use of a paid for and phony Steele dossier in an attempt to win and then discredit an election. Democrats reason, “collusion with Russia,” yet after years and millions of dollars spent on a Special Counsel investigation, the charges proved to be false. 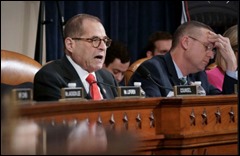 So it was no surprise to see the Democrats reload and search for something else.

Unrelenting, fed by an open hatred for President Trump … especially by vocal progressives in front of cameras or in “their” publications … continued to scour the comments President Trump (likely against advice) openly tweets and makes in interviews, phone calls, letters and tweets, for something that rises to the level of impeachable.  Eventually … Democrats hung their hat on a congratulatory phone call with Ukrainian President Volodymyr Zelensky and a segment of the call between the two presidents discussing corruption, 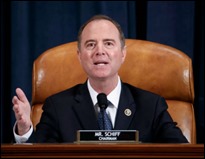 particularly the part that included American politicians (something most Americans are disgusted with as well). It included a desire by our President Trump asking for a “favor” in hopes to look into a connection between those who opposed Trump in 2016, including the son, and the previous Vice-President of the United States, Joe Biden (running for president in 2020).  So the stage is set … after the previous attacks failed to result in bring down President Trump … let’s impeach him for “abuse of power” and “obstruction of Congress.”

I can’t help but seeing the whole thing as disgusting and even filthier than what I already knew politics to be. At this point, I’m in the “Congress, stop wasting time” camp and would prefer the Washington DC crowd would let the American people decide if they want to re-elect President Trump in 2020.