World Oceans Day may not be your highest priority …

… but we should at least think about how we care (or poorly care) for this resource. 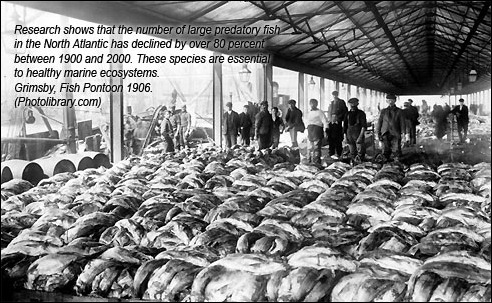 Today (June 8th) is World Oceans Day … and not many of us even know it. I felt including a graphic below which illustrates just one aspect of our oceans – the need to pay closer attention and better manage industrialized commercial fishing.

I’m not in favor of a “one world governing body,” but nations do need to work together in order to better manage the resources we all share – today is a good day to focus on the oceans and how we impact them. Between over-fishing and pollution we are slowly damaging this ecosystem … and need to both use and care for these resources responsibly.

For those who disagree with me from a biblical point of view, and are not concerned with how we care God’s creation, I’ll point out that "The Lord God took the man and put him in the garden of Eden to till and keep it," Genesis 2:15. (if “till and keep isn’t close enough to the original Hebrew – shamar and abad – be aware that the words are also translated "serve and preserve.") David in Psalms also recognized our role: "You [God] made humans ruler over the works of your hands; you put everything under our feet: All flocks and herds, and the beasts of the field, the birds of the air, and the fish of the sea, all that swim the paths of the seas," Psalms 8:6-8.

My conclusion is that if God created this world … and said “behold, it was very good,” Genesis 1:31 … and also made humans in His likeness saying “and let them rule over the fish of the sea and the birds of the air, over the livestock, over all the earth, and over all the creatures that move along the ground,” Genesis 1:26, … then I have no problem understanding that it is our place to be good stewards of His creation. 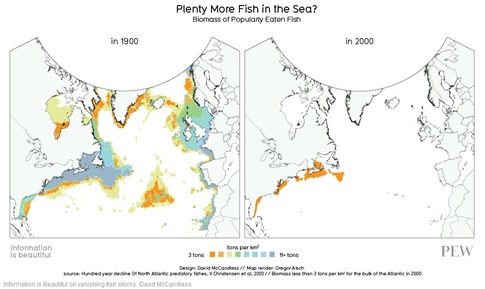 World Oceans Day is an opportunity every year to honor the world’s ocean, celebrate the products the ocean provides, such as seafood, as well as marine life itself for aquariums, pets, and also a time to appreciate its own intrinsic value. The ocean also provides sea-lanes for international trade. Global pollution and over-consumption of fish have resulted in drastically dwindling population of the majority of species.

The Ocean Project, working in partnership with the World Ocean Network, has been promoting WOD since 2003 with its network of over 1,200 organizations and others throughout the world. These groups have been working to build greater awareness of the crucial role of the ocean in our lives and the important ways people can help. World Oceans Day provides an opportunity to get directly involved in protecting our future, through a new mindset and personal and community action and involvement – beach cleanups, educational programs, art contests, film festivals, sustainable seafood events, and other planned activities help to raise consciousness of how our lives depend on the oceans.