It’s no secret that I’m a long time Apple user and have done my part in supporting the company as computer and gadget buyer and as an $AAPL shareholder, but I’m also rebellious when their eco-system boxes out competitors. 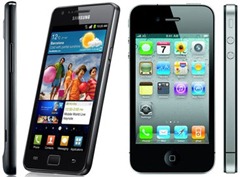 I dislike Apple telling me what software I can and can’t install on my computer devices and particularly dislike them going out of their way to keep components from working with their hardware – noticeable in recent spats with Adobe and in the restricted way users are encouraged to use online Apple and iTunes stores in order to add software, apps, etc.

Grumbling about Apple aside, I was glad to know that late Friday evening a jury has decided Apple’s innovation and product patents aren’t going to be copied without penalty (WSJ link). Those following technology in the last several years know instinctively, without even hearing the evidence, that the iPhone and iPad are being copied. Several companies have been doing this without much success up until a couple of years ago; the imitators were almost always of lessor quality (and marketed at a lower price). BUT … in the last couple years one company, Samsung (with the help of Google’s Android OS), has managed to duplicate and perhaps even improve in some areas on the Apple’s iPhone, to the point the South Korean company has tremendous sales momentum and is making billions of dollars on very similar looking and functioning phones and tablets. Having both an Apple iOS product and Samsung smartphone in our home, it seemed to me pretty obvious that one company, or the other, was copying something – it wasn’t hard for me to guess which one was the innovator and which one was the copier.

In a decision, sure to be appealed, the jury in the U.S. case awarded Apple $1.05 Billion in damages … about the same time a court case in South Korea rule partly in favor of their country’s company.

Samsung infringed all but one of the seven patents at issue in the case—a patent covering the physical design of the iPad. They found all seven of Apple’s patents valid—despite Samsung’s attempts to have them thrown out. They also decided Apple didn’t violate any of the five patents Samsung asserted in the case. 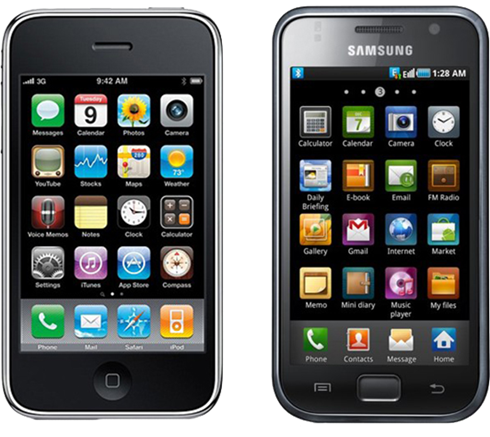 Here’s an email from Apple CEO Tim Cook to his team:

Today was an important day for Apple and for innovators everywhere.

Many of you have been closely following the trial against Samsung in San Jose for the past few weeks. We chose legal action very reluctantly and only after repeatedly asking Samsung to stop copying our work. For us, this lawsuit has always been about something much more important than patents or money. It’s about values. We value originality and innovation and pour our lives into making the best products on earth. And we do this to delight our customers, not for competitors to flagrantly copy.

We owe a debt of gratitude to the jury who invested their time in listening to our story. We were thrilled to finally have the opportunity to tell it. The mountain of evidence presented during the trial showed that Samsung’s copying went far deeper than we knew.

The jury has now spoken. We applaud them for finding Samsung’s behavior willful and for sending a loud and clear message that stealing isn’t right.

I am so very proud of the work that each of you do.
Today, values have won and I hope the whole world listens.