How loud are Honda and Predator inverter based generators?

Good question: By ear, the slightly smaller and far lighter Honda EU2000i inverter based generator is definitely quieter than the less expensive, but larger in dimension, weight and power Predator 2200. Read on for a few more points. 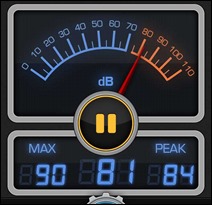 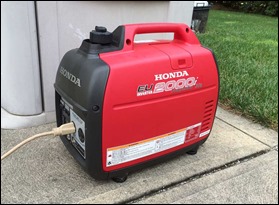 I like both of inverter generators and each will serve a slightly different purpose. The Honda is as quiet as a generator can be made as far as I can  tell … and puts out an appropriate amount of power to use on Encore, our sailboat. With the correct plug (thanks to my buddy Mark Jones), the Honda plugs directly into the shore power plug and will power most of our electrical needs at anchor and charge the batteries … this reduces running the Volvo diesel engine when only charging batteries. 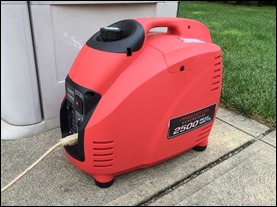 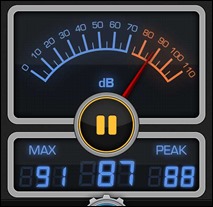 The Predator is of similar design, but noticeably heavier and louder. It can handle a largers loads with a maximum power draw of 2500 watt "surge" and 2200 rated watts. The lightweight and quieter Honda EU2000i only surges to 2000 watts and is rated at 600 watts less at 1600 watts. Again both serve a purpose and the price is most definitely different — the Honda is twice as expensive (and likely higher quality, but that’s just my assumption from reading, etc). In my case the Predator will replace the much larger full framed generator that overheated last year — cough, cough … I’m not pointing a finger at my wife …

As you can see in the photos in my side by side testing with exactly the same load, the Honda was 6 decibels quieter recording an 81dB on my iPhone meter at a distance of 4 feet … both units were in exactly the same location. I’m not an audio guy, but listening by ear at a distance of 45 feet, the Honda was barely noticeable while the Predator, which recorded a steady 87dB in my 4 foot test,  was definitely rumbling along and easily heard.

If it is quiet and reliable reputation you need, buy the Honda. If you need something just for emergencies and as a backup or want to save a buck, the Predator seems to be an excellent inverter generator. Time will tell.