All who have been through computer and cellphone issues know what a headache little glitches can become. For me, ever since having my battery replaced on my iPhone 7-plus back in January,

the front facing microphone has not worked. After a couple back and forth evening phone calls with Apple Support, we set up an appointment to have the phone looked at in the local Apple Store. I was not overly concerned since I have AppleCare and my phone still functional when using a bluetooth headset … but I definitely wanted to get it fixed (I still love the phone).

So, over lunch this past week one of Apple’s nonconformist gurus from the “genius bar” (they all look eccentric to me, IMHO) took a look at it. He powwowed with his fellow geniuses and concluded Apple would just replace my phone with a new iPhone 7-plus. 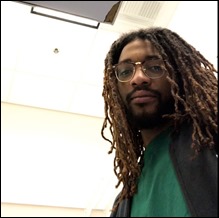 Unfortunately, 2 hours later and after signing the agreement for the new phone (and watching it update from the cloud over WiFi), I was still sitting there with him struggling to get the VirginMobile SIM to activate on the new phone. Three phone calls to different VirginMobile reps later, he was totally exasperated, as was I (FYI, a good deal was why I switched to VirginMobile). No matter how hard he tried, he could not get my old SIM to work in the new phone OR a new SIM from Apple to activate on the phone either. The customer service mistake was that the AppleStore sent me home without resolving the issue and with my old phone wiped clean; thankfully my phone number was still active on my old phone. Of course I still have the same defective microphone that I came in to resolve 2-1/2 hours previous … and a promise someone from Apple would call me.

Unfortunately the friendly return caller from Apple knew nothing of my problem … to which I started the entire process again. Eventually the phone support people moved me up the chain of seniority to Hasan who said, as all before, “we’ll get this right.” A new case number was assigned because there was a NEW problem .. the NEW phone was assigned to me (which I don’t have) and needs to be purged from my account before we can address the problem with my old phone again.

So as I write this frustrating post (rant), I’m using my old functional phone after trying to rebuild some of the data … sort of halfway there as restore from iTunes isn’t really a “snapshot” … and waiting for a return phone call from Hasan this Friday evening. Sadly, I suspect we (or likely “I” this time) will face the same problem in getting VirginMobile to work on a the new phone. Neither company from a customer service perspective is looking good at the moment, but suspect the biggest issue is Virgin’s inability to quickly and easily swap a SIM to a new device.