What’s new with the popular and well loved Apple MacBook Air?
Nothing yet, but this week heated up with rumors that 8-year old Air is getting a big makeover for the end of 2018 (2017 CNET review of last years Macbook Air).

First on the "hope for rumors HAS" list is that the 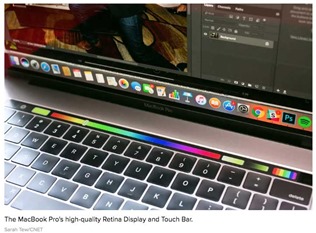 Second is the better Retina Display with thinner bezels — very likely as that has been rumored since 2014.

Third is the very likely improved CPU, sort of a no-brainer since they naturally wouldn’t release a new model with an old processor chip.

Fourth is that it will come with a better base level memory and solid state hard drive … better being bigger.

Fifth the new membrane thinner and quieter keyboard. A must if the Air is to retain the name designating it small and lightweight.

Sixth … and this is just my speculation … the new Air will have even better enhanced battery life for those who want the best unplugged life on a full featured notebook computer. In my day to day sales travel, the number one reason the people I know opt for the Macbook Air is that it is the best computer to own if you wan to avoid charging during the day; nobody wants to drag around a tangled cord while searching for a place to plug in. (if there is one major shortcoming to my 15.6" Lenovo Yoga 710, it is that it has limited battery life … although very good by previous notebook computers).

Of course we’ve heard "Retina Rumors" before … even with illustrations! Who knows what to believe but one would think Apple could at least give us the Retina Display … even if it is 4 years late (see Oct 1, 2014 report – image below). 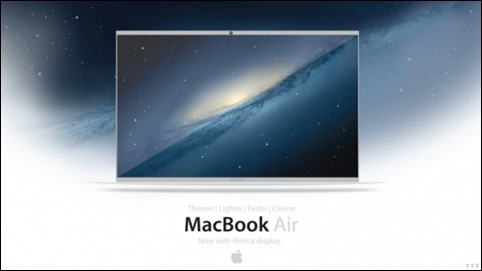 I’ll be looking at the Macbook Air with interest when it comes out later this year … but for travel I’m still pretty happy with my 2014 iPad Air2 and BrydgeKeyboard … perhaps I can wait?