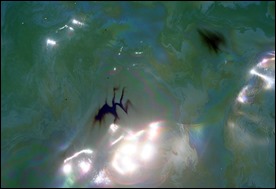 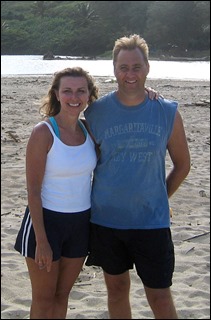 One of the most impactful photos for me on Pearl Harbor Day is one we took while watching the oil still rising to the surface from the USS Arizona while visiting the memorial. It was a solemn visit and moving time for us, decades after the surprise attack by Japan on December 7th 1945. As President Roosevelt declared, “A date that will live in infamy.” 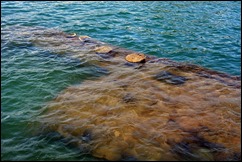 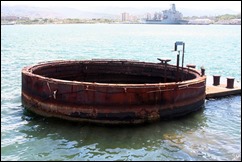 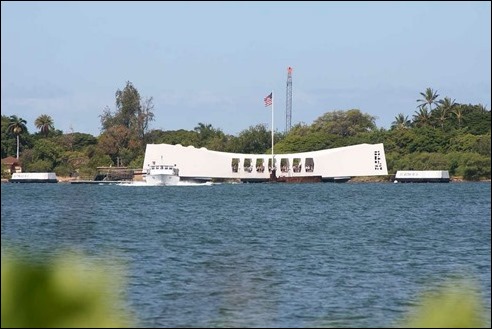 On that day, 2403 died and the thousands were call to arms, we remember their sacrifice in 2019 on National Pearl Harbor Remembrance Day. Here’s a bit of  the speech from President Roosevelt as we went to war with Japan.

President Franklin D. Roosevelt: Yesterday, December 7, 1941—a date which will live in infamy—the United States of America was suddenly and deliberately attacked by naval and air forces of the Empire of Japan.

The United States was at peace with that nation, and, at the solicitation of Japan, was still in conversation with its government and its emperor looking toward the maintenance of peace in the Pacific. Indeed, one hour after Japanese air squadrons had commenced bombing in the American island of Oahu, the Japanese ambassador to the United States and his colleague delivered to our secretary of state a formal reply to a recent American message. While this reply stated that it seemed useless to continue the existing diplomatic negotiations, it contained no threat or hint of war or armed attack.

It will be recorded that the distance of Hawaii from Japan makes it obvious that the attack was deliberately planned many days or even weeks ago. During the intervening time the Japanese government has deliberately sought to deceive the United States by false statements and expressions of hope for continued peace.

The attack yesterday on the Hawaiian Islands has caused severe damage to American naval and military forces. I regret to tell you that very many American lives have been lost. In addition, American ships have been reported torpedoed on the high seas between San Francisco and Honolulu.

Yesterday the Japanese government also launched as attack against Malaya.

And this morning the Japanese attacked Midway Island.

Japan has, therefore, undertaken a surprise offensive extending throughout the Pacific area. The facts of yesterday and today speak for themselves. The people of the United States have already formed their opinions and well understand the implications to the very life and safety of our nation.

As commander in chief of the Army and Navy I have directed that all measures be taken for our defense. But always will our whole nation remember the character of the onslaught against us. . .